Despite the Italian sounding name this Nebbiolo hails from South Australia and is made by a passionate second generation winemaker. Grown without the use of synthetic fertilizers, fungicides, or pesticides; unfiltered and unfined it spent 10 months in seasoned French Oak and even though it's still quite young already very drinkable. 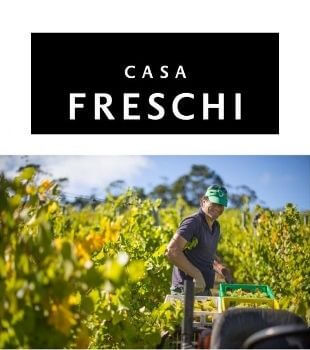 David is the son of Italian immigrants who owned a 2.5 hectare vineyard in Langhorne Creek which formed the basis of the estate when it started in 1998. To this he added a further 2 hectares of Nebbiolo in 1999 which was followed by a further vineyard, for the production of white wines, near Mount Lofty in the Adelaide Hills.

Meticulous care and attention is taken in the vineyards with the vines being grown without the use of synthetic fertilizers, fungicides, herbicides, or pesticides. In keeping with this his winemaking approach is one of minimal intervention. And to heklp acheive this since 2007 all production has been at their own winery at the Langhorne Creek vineyard.