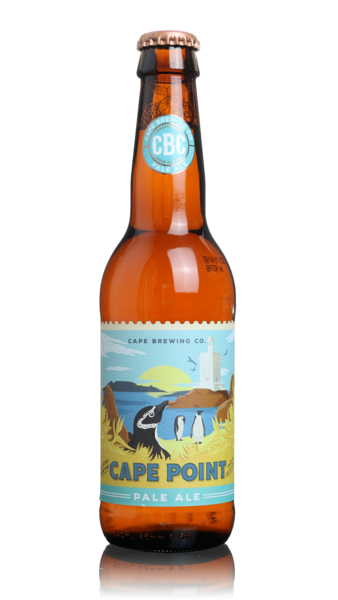 In a nutshell:
Refreshing South African pale ale from the Cape Brewing Company near Cape Town.

The lowdown:
CBC are a forward thinking craft brewery based not far from Cape Town. Their Cape Point Pale Ale which won a bronze medal at the 2019 London Beer Competition has a light malty nose, plenty of aromatic hoppiness and a stimulating tropical and citrus hit on the finish. 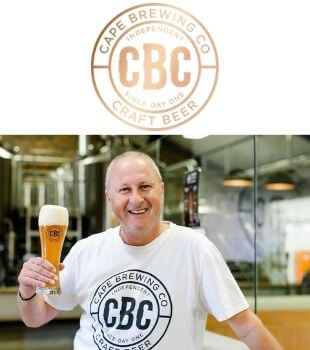 Cape Brewing Company is a South African craft brewery with a reputation for fine beers and driven by passion and pride. They're based in the town of Paarl outside Capetown in the heart of South Africa's wine growing areas.

CBC, as they're generally known, became a commercial business when two beer enthusiasts Wolfgang Koedel and Andy Kung were joined by Swedish brewer Henrik Dunge to establish a brewery making beer as they felt it should be made, based on the core values of purity and taste. Wolfgang is the brewmaster at CBC and brough a wealth of experience having served his apprenticeship in Germany and has spent over 30 years of brewing on three continents.

The brewery opened in December 2012 and was built from scratch on a site identified for its water supply - a spring in the Paarl Mountains. After the analysing of quality and flow rate there was confirmed to be an abundance of crystal-clear water that now supplies the brewery. Initially brewing mainly German styles of beer for their home market, over the last few years they've broaden the range and have recently started sending some of their beers to the UK.