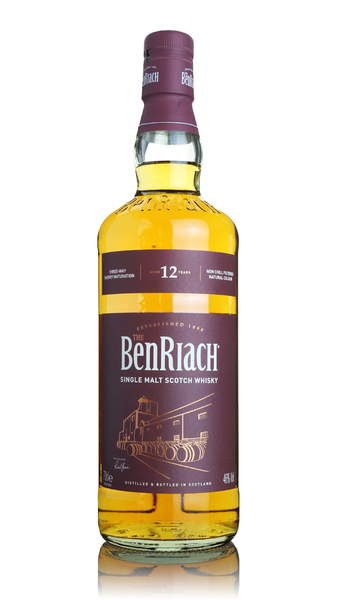 In a nutshell:
A luscious and fruity Speyside single malt.

The lowdown:
After maturation in sherry casks this is finished in Pedro Ximénez and Oloroso sherry casks to give a further layer of fruit sweetness before non-chill filtered bottling. To add to the Benriach characteristically sweet, fruit laden style this has hints of toasty vanilla pods and finished with a candied fruit edge.

A rich and full whisky full of honeyed fruit flavours. 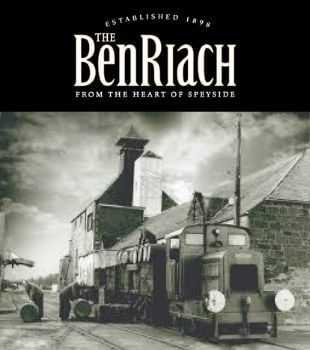 Founded at the end of the nineteenth century this Speyside distillery is a little to the south of Elgin, Morayshire.

Throughout its early life it had a somewhat chequered history before, under new ownership, the 1960s saw something of a resurgence. Following further changes of ownership it was mothballed by Seagrams prior to being purchased by a South African company Infra Trading in 2004.

It's since this time Benriach has built the reputation that has earned it high regard among many aficionados and while it has again undergone a further change of ownership - this time for a considerable amount of money - to the American Brown-Forman group of Louisville Kentucky it's prospects continue to look very healthy.

It's one of only two Speyside distilleries to have their own maltings.