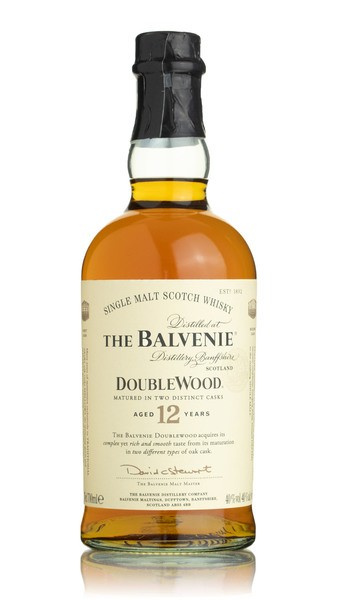 In a nutshell:
A smooth and mellow Speyside single malt finished in ex-Oloroso Sherry casks.

The lowdown:
Balvenie Double Wood is firstly matured in refill American oak casks before being aged in first fill European oak Oloroso Sherry casks for an additional nine months creating its distinctive character. It's full of aromas of sweet fruit and sherry notes layered with honey and vanilla before reaching a long and warmign finish. It'sbecome something of an iconic bottling over the years and this rich and complex dram is an excellent example of what the Balvenie distillery can do. 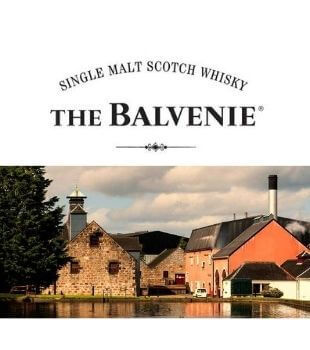 On the 19th of December 1839, William Grant was born. At seven he was herding cattle. Then he was an apprentice to a shoemaker, worked as a clerk, and later became a bookkeeper at Mortlach distillery in 1866, he was then made clerk, then manager, and learned the distilling trade.

Grant left his job at Mortlach distillery after twenty years and bought a field near Balvenie Castle, where he drew up plans for his distillery and laid the foundation stone in autumn of 1886. He continued to have an active role in the company until his death in 1923.

The conversion of an 18th-century mansion into a distillery started in 1892 and took fifteen months to complete. It was the 1st of May 1893 when the first distillation took place.

Having begun working with William Grant & Sons in 1962 David Stewart MBE, Balvenie's Malt Master is one of the industry's most experienced experts. He received his MBE from Queen Elizabeth II in 2016 for his services to the Scotch Whisky Industry.